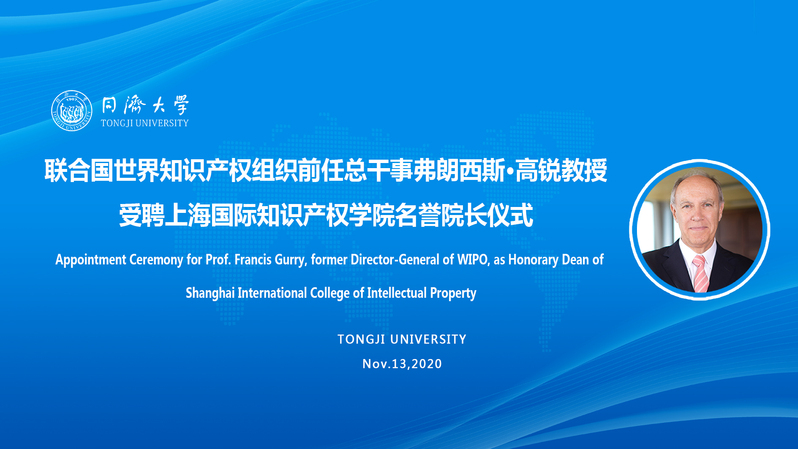 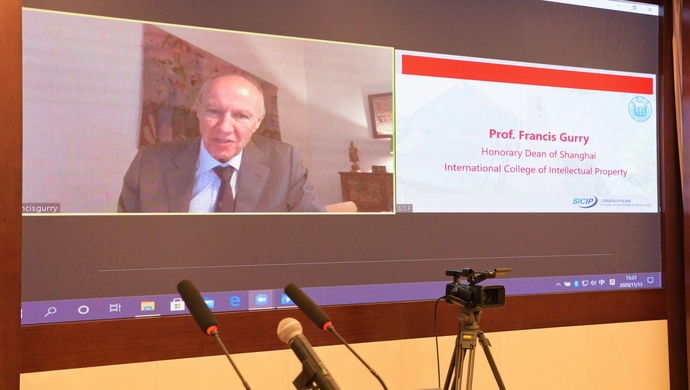 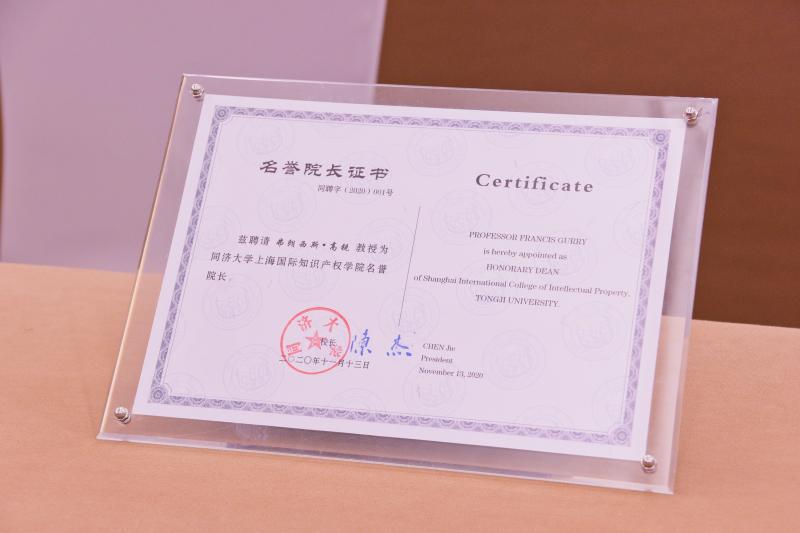 Prof. Gurry expressed his great pleasure to serve as the honorary dean and to join the Tongji family, declaring his wish to work with the colleagues to build the college into a world-leading IP center. Shanghai is a great and energetic city, with many internationally renowned companies headquartered. And it has made significant progress in the IP industry. In particular, the establishment of the Shanghai Service of the WIPO Arbitration and Mediation Center will further enhance its position in the IP field and promote the cooperation between Shanghai and WIPO.

After the ceremony, Dr. Gurry, for the first time as the Honorary Dean of SICIP, gave an online lecture at Tongji Advanced Lectures to the teachers and students, in which he shared his views on the future development trend of international intellectual property (IP) and other cutting-edge issues. 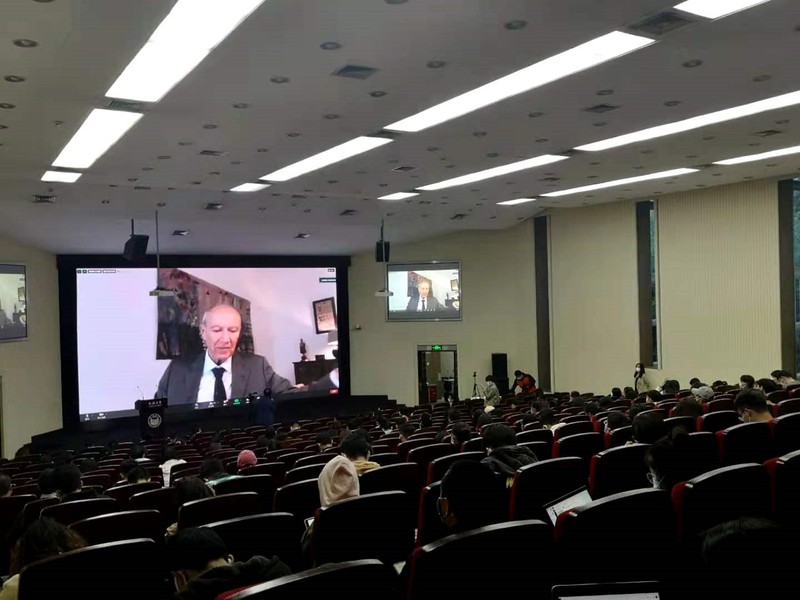 Prof. Gurry in his lecture to Tongji students

Prof. Dr. Gurry joined WIPO in 1985 and held various positions in key departments thereafter. He was elected director-general of WIPO for two consecutive times in 2008 and 2014, with the second term ended in September 2020. Under his leadership, the internal management system of WIPO has been standardized and the scope of its IP registration system has been expanded to an unprecedented extent. And new technologies such as artificial intelligence have been applied to optimize the information systems, by which the normal operation of WIPO during the outbreak of the COVID-19 epidemic has been successfully guaranteed. Meanwhile, WIPO has successfully responded to the tremendous pressure on the international patent and copyright system brought by rapid technological changes and globalization and has bridged the knowledge gap between developed and developing countries, ensuring that the IP system fulfills its fundamental purpose of encouraging creativity and innovation in all countries. In addition, Prof. Dr. Gurry has played a key role in establishing the WIPO Arbitration and Mediation Center and successfully organized the policy regarding domain name dispute resolution. 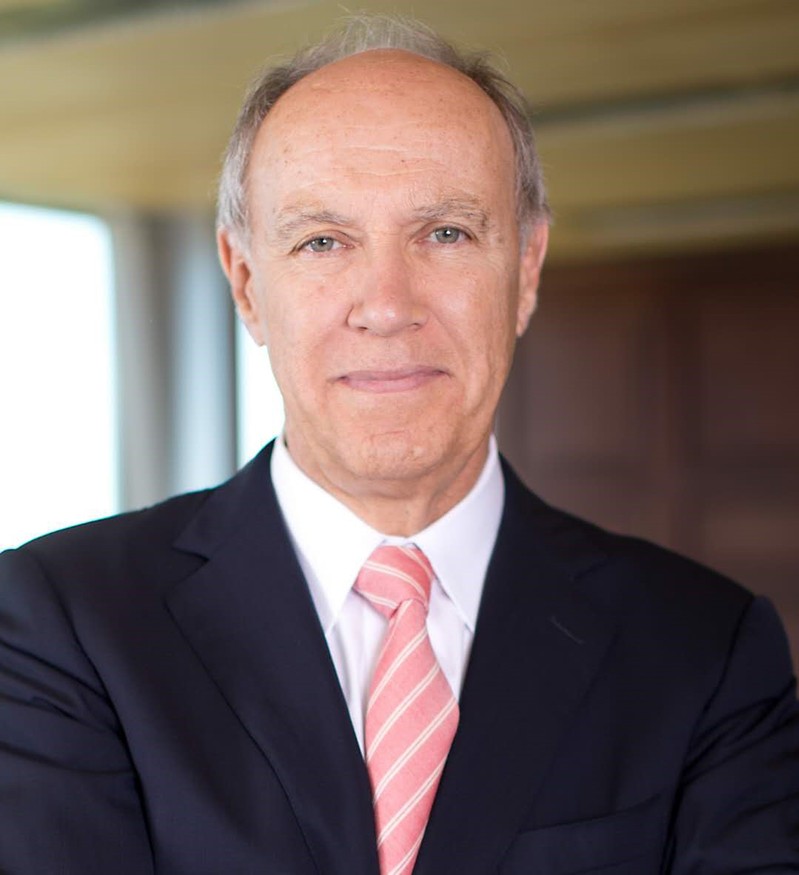 Dr. Gurry is highly concerned about the development of Shanghai’s IP industry， and he promotes and supports the all-round cooperation between WIPO and Shanghai. He has hosted delegations of Shanghai at the Geneva headquarter of WIPO many times. Meanwhile, WIPO has successively signed memorandums and supplements on the development and cooperation in the field of IP with the Shanghai Municipal Government, and the two parties have cooperated to hold the Shanghai International Intellectual Property Forum for many years. WIPO has also established the Intellectual Property Law (Design Law) Master Program, which is the first and unique one in China. Moreover, WIPO has established the Shanghai Intellectual Property Innovation Award and the Technology and Innovation Support Center (TISC) Project, as well as its first hearing facility of the Shanghai Service of the WIPO Arbitration and Mediation Center. Dr. Gurry attended the International Business Leaders’ Advisory Council for the Mayor of Shanghai and delivered a keynote speech, and he was hired as a decision-making consultation expert of the Shanghai Municipal Government. 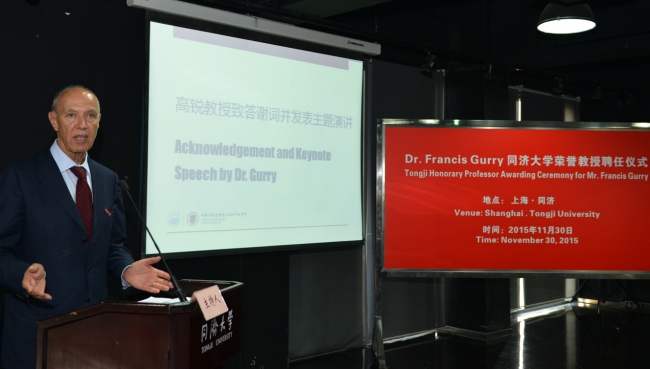 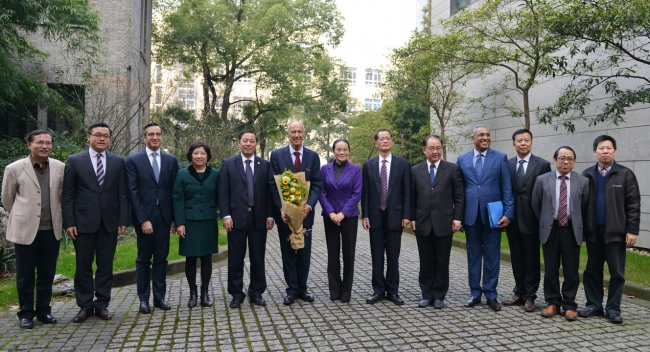 DrGurry is very concerned about the training of international talents and the development of SICIP. He supports the cooperation between SICIP and the WIPO Academy to co-organize the WIPO-Tongji Joint Master IP Law Program and promotes the establishment of the first WIPO Intellectual Property Law (Design Law) Program at SICIP. Meanwhile, he was invited to serve as the honorary professor of Tongji University 2015 and has offered many opinions and suggestions on the cultivation of international IP talents, academic research, and international exchanges. In October 2020, Dr. Gurry was invited to serve as the honorary dean of SICIP.

The director of SICIP says that Prof. Gurry has worked at WIPO for more than 30 years, and has experience in studying, teaching, and researching in world-class universities, making great contributions to the development of the global IP industry and talent training.

His joining is of great significance to achieving the goal of building a world-leading IP college, as well as speeding up the cultivation of international IP talents, carrying out cutting-edge scientific research and policy-making consultation, and serving the major strategies of the Nation and Shanghai.