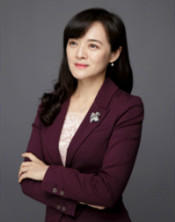 Judge Jing WANG serves as a Senior Judge, Third-Level Standing, in the intellectual property (“IP”) Division of Shanghai High People’s Court (“SHPC”). Judge WANG is the council member of the IP Law Society of the Shanghai Law Society, member of the Shanghai Foreign Legal Talents Databases. Several of her written judgments received the Top 100 Judgments of China’s Courts，the First Prize Honors for China’s National IP Judgment Awards and the first prize in Top 10 Judgments of Shanghai Courts. Many of her judgments have been selected for the China Law Report, IP Protection by Chinese Courts, or as the 50 Typical IP Cases of China’s Courts, Shanghai Top 10 IP Cases and Top 10 IP Cases of the Shanghai Courts. Judge WANG has received honors from the Supreme People’s Court (“SPC”) of China and the SHPC for her contribution to judicial training, as well as the honors from the SHPC having received the title of Leading Judges of the Shanghai Courts. In her extra time, Judge WANG serves as a guest lecturer in the LLM program and the Summer School of WIPO, where she teaches Chinese IP law in English. Judge WANG was invited to attend the 1st Master Class on IP Adjudication that was organized by WIPO, as a representative of Chinese Judges, for which she received a letter of commendation from the SPC for her commentary on professional issues as well as her performance in winning the Mock Trial that was held in English.